The latest from paradise

As a festival that has always made it a priority to keep its ecological footprint as low as possible, Paradise City Festival is proud to share the facts and figures (both the good and the bad) of its sustainability efforts.

Although there is still plenty of room for improvement, the event wants to make its findings public, so that other event promoters can learn from them too. In this way, Paradise City doesn’t just contribute to lowering its own ecological footprint but the footprint of the whole festival industry as a whole too. The organisation will disclose all the CO2 calculations, the AGF audits, its successes and its failures, which will provide a lot more insights into how we can make our event scene more sustainable.

Just like last year, Paradise City Festival has officially received the ‘Outstanding’ label from A Greener Festival, a non-profit organisation that helps events become more sustainable and reduce their environmental impact. This highest possible rating confirms the event’s status as the greenest music festival in Belgium. In the AGF’s own words, “we have hardly ever seen this much supporting evidence and accurate reporting.”

Overall, C02 emissions compared between Paradise City’s 2021 and 2022 editions have increased by 13%. That’s mostly explained by the growing supplier and visitor transport. After all, Paradise City 2022 had a significantly larger visitor capacity, going up more than 30% compared to 2021. That said, the relative emissions per visitor have decreased for the seventh year in a row.

Visitor car travel is still the single biggest contributor to the total carbon emissions, so it only makes sense for Paradise City to continue promoting alternative travel options. Last year, an extensive new mobility plan introduced the night train program, made possible by NMBS and the European Commission, supported with electric shuttles by Brussels Airport and De Lijn. Of the 34.300 total visitors in 2022, 20,5% travelled by train, which is an incredible increase from 7,8% in 2021. Previously, destinations only included Brussels, Antwerp, Mechelen and Ghent – but because of the high demand, visitors from Leuven and Hasselt will get night train service too. The organisation hopes this will help reach the benchmark of 30% of visitors who travel by train and decrease the percentage of visitors who travel by car from 47% to 35%.

Another exciting finding: the festival’s solar energy consumption went up from 10% of the total energy consumption in 2021 to 30% in 2022. Introducing a huge 170 m2 solar panel and three ecoplants, provided by our partner Audi, helped the organisation achieve this feat. The remaining energy during the event was sourced from HVO fuel and local green electricity. In 2023, Paradise City will aim to significantly increase the use of solar energy to power the festivities. Before and after the event, the production team is still too dependent on non-renewable fuel, which is a major working point. This is a difficult problem to tackle, but a challenge Paradise City is nonetheless eager to accept.

Going forward, existing and well-received social initiatives like the Angels of Paradise and safer space awareness campaigns will be boosted. Other major working points will be the improvement of waste management (more recycling initiatives), the promotion of composting toilets and improved wheelchair accessibility. You can find more details in the reports from CO2 Logic and AGF.

Paradise City’s 2023 ticket sales have started! Go to our ticket shop to get yours while you can.

Discover the first part of the 2023 line-up.

Meet the collectives taking over our stages this summer.

Sales in Paradise: enjoy a 30% reduction on our merch! 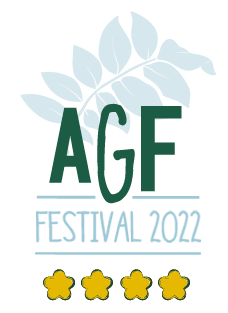